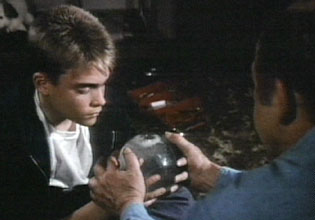 There's a long long tradition, dating back at least five years, of reimagining a movie to have a different premise, generally in which one or all characters are dead, imaginary, or linked in an unexpected way, possibly involving time-travel.

...is the one that first caught my attention.

Soon after they started appearing everywhere.

Many revisionist theories are clearly reverberations caused by the twist in the Sixth Sense:

Home Alone is so much better if Kevin McCallister is dead

Some of the stories are inspired by Fight Club:

This theory about Ferris Bueller's Day Off

The Tommy Westphall theory is an epic work of solid gold nonsense -- it posits that (pretty much) all tv shows are linked up: http://mentalfloss.com/article/500756/tommy-westphall-theory-unified-tv-universe-explained.

There's a fan theories wiki. Of course there's a wiki.

There's a fan theories subreddit. Of course there's a subreddit.

It takes on a shade where it's all too easy.

Character X is dead all along. Character Y is imaginary.

From watching "Clerks" or the above scene from "Human Traffic" you see the pot smokers pasttime of inventing theories to explain or recast movies. It's a banter sport not too different from the "Who would win..." fictional pairing. (Who would win between Rocky and Rambo? Who would win between Indiana Jones and Han Solo?)

But the one fan theory that has proven true over time is this:

If you play Dark Side of the Moon while watching The Wizard of Oz... after 42 minutes you will discover that movies are longer than records.