Beginning with the game 'Rogue' in 1980, there is a long tradition of games which automatically generate their levels, in real-time, as the player enters each level. Rogue set the scene for a genre known (rather unimaginatively) as "Rogue-Likes", and their more general category: "Dungeon Crawlers".

There's a shorter, but no less proud, tradition of people creating interactive (or at the very least animated) articles on "random dungeon generation" and the closely related sport of "Maze Generation".

Here are five of the best:

And, owing to the fact that no website can consider itself complete if it doesn't include a dungeon generator of its own, there is now a dungeon generator available at this very wiki! It creates ready-to-print maps, and lets you pick from 4 different themes:

* or Castle, or Forest, or SpaceBase!.

Dungeons—it must be noted—differ from the related concept of "Mazes", because while Mazes consist solely of "passageways", Dungeons have Passageways and Rooms. Rooms have a number of door ways and (sometimes) door ways can be locked!

If you want to get right down to it, dungeons also have monsters in some of the room, treasure boxes (occasionally) and (if there are locks) they may have keys (possibly hidden in treasure boxes). They can also have stairs, which act as entry/exits, and note that the stairs do not strictly need to be on the edge of the dungeon, they can be anywhere inside the dungeon. (Thus, wall-following may not be a sufficient way to solve such a puzzle). 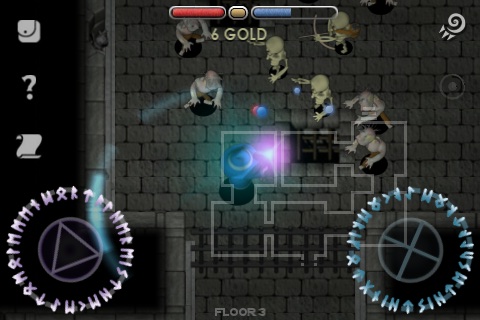 So here's three articles on the related topic of Maze Generation. The first one is by Mike Bostock, whose full name I imagine to be "The Amazing Mike Bostock" as that is how I always pronounce it. And Jamis Buck who literally wrote the book on maze generation.

The beautiful thing about dungeon generation is that it's one of the purest algorithmic problems you can encounter. And yet it's such a fun, visually spectacular and entirely-playable pursuit. So dungeon generation is a fantastic topic for trying out a new language, or learning programming itself.

And the complexity of a solution can steadily ramp up from the entirely hand-drawn to the entirely generated. You can follow a smooth progression from manual to automated, with many detours, challenges and treasures along the way. Not unlike playing a dungeon crawling game itself.

One step up from hand-drawn is to create your own "geomorphs", in the style of Dyson Logos. 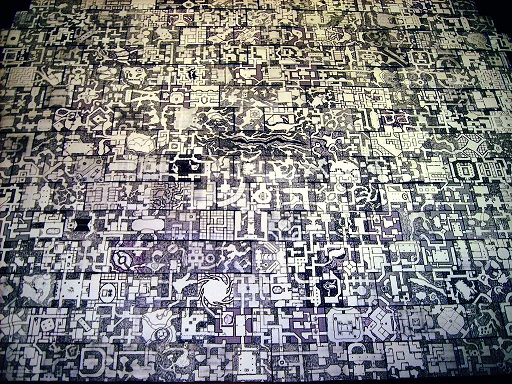 The Geomorphs of Dyson Logos (and others)

"Geomorphs" are small tiles which fit together with other tiles.

The related field of "Path finding" should also be linked from here.

The related field of city generation and world generation can be covered in separate articles.

A related (though entirely different) field, is the automated generation of names for dungeon related games.

Such things can be achieved using domain-specific languages such as spintax.

By using curly quotes and pipes, you can create an endless variety of names. Press refresh to see this name update: