Barbara Sarah Bambrick, was my paternal grandmother, born Barbara Millar. She was the wife of Eric Bambrick, and she passed away in 1973, before I was born. Most of my cousins did get to meet her and it has been reported that she was a very beloved lady. She was also a business woman, and helped Olga, Graham and Harry in various business ventures, where she did not just provide capital, but instigated some of the most major aspects of the business.

Barbara Sarah Millar was born on August 12, 1895, in Alpha, Queensland, the child of William and Mary Jane. She married Eric William Bambrick on December 16, 1920, in Emerald, Queensland. They had seven children in 14 years. She died on October 20, 1973, in Rockhampton, Queensland, at the age of 78. 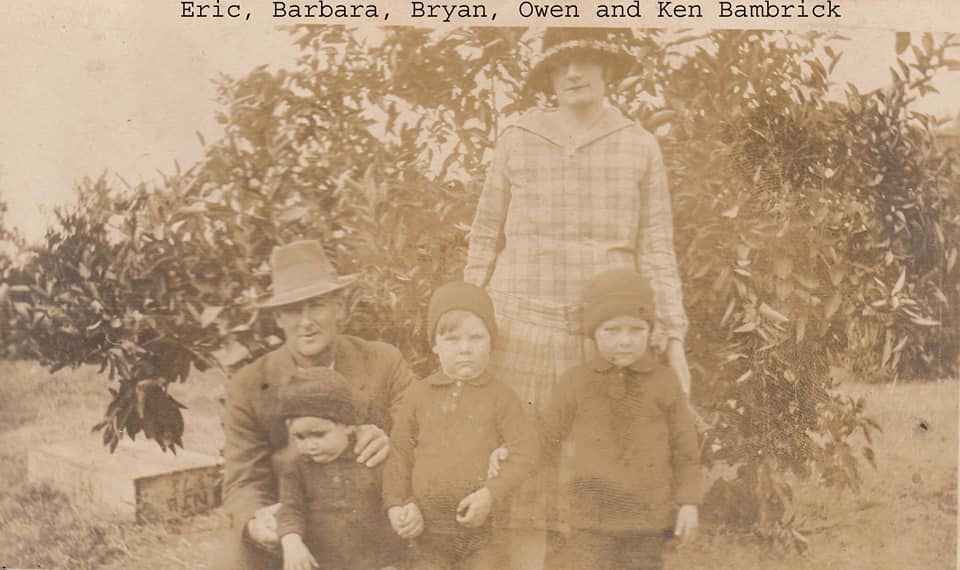 Eric and Barbara with their first 3 sons: Bryan, Owen and Ken, pictured circa 1927. (Photo provided by John Millar [nephew of Barbara], courtesy of Iolene Brett) 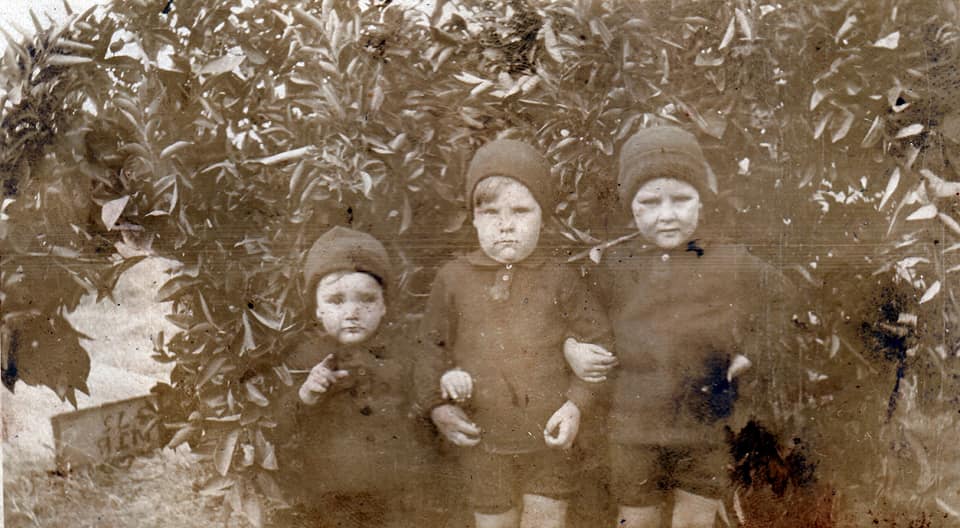 Barbara Millar’s parents were Irish. Her mother ran a hotel in central Queensland. And when she (Barbara's mother) was older she "retired" to the Rockhampton region and ran a boarding house. Details to follow. 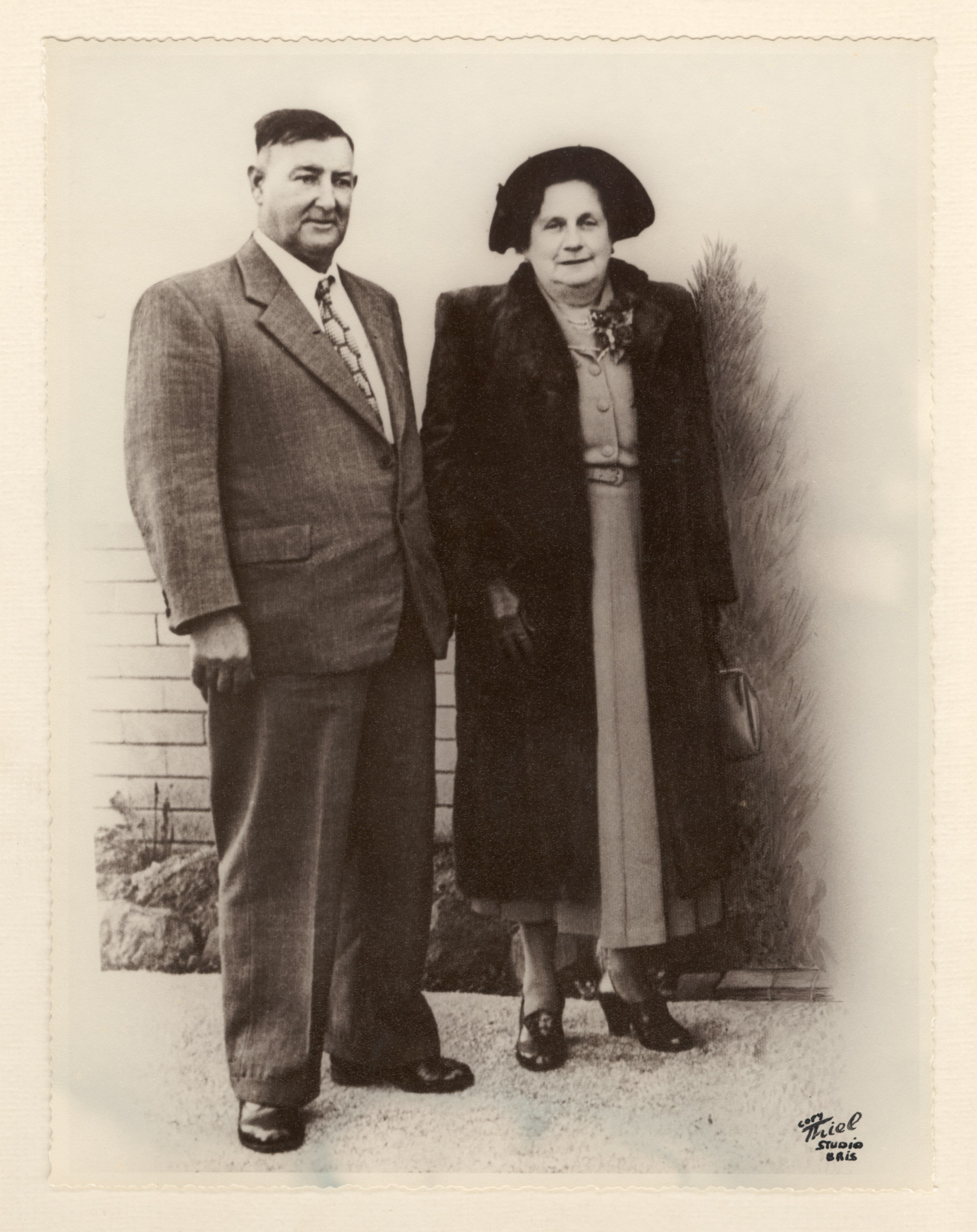 Eric William Bambrick and Barbara Sarah Bambrick (nee. Millar) at the wedding of their son Harold (Harry) to Elizabeth (Betty)

...the above photo seems to have been extracted and enhanced from this larger photo, of bride/groom and both sets of in-laws. (Note also, the below photo has been colorized, long ago.) (I don't have the date of the wedding... it would've been in the 1950s) 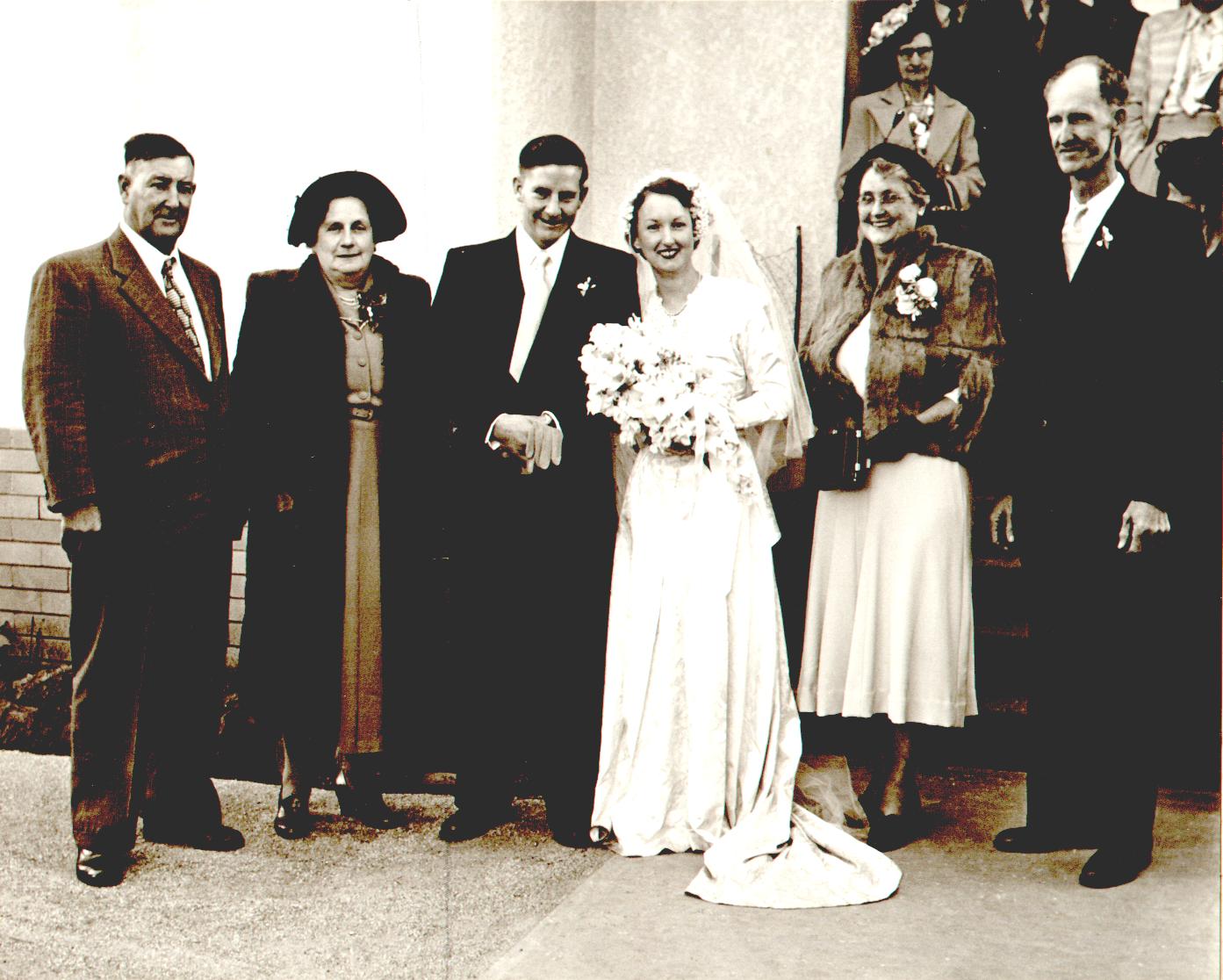 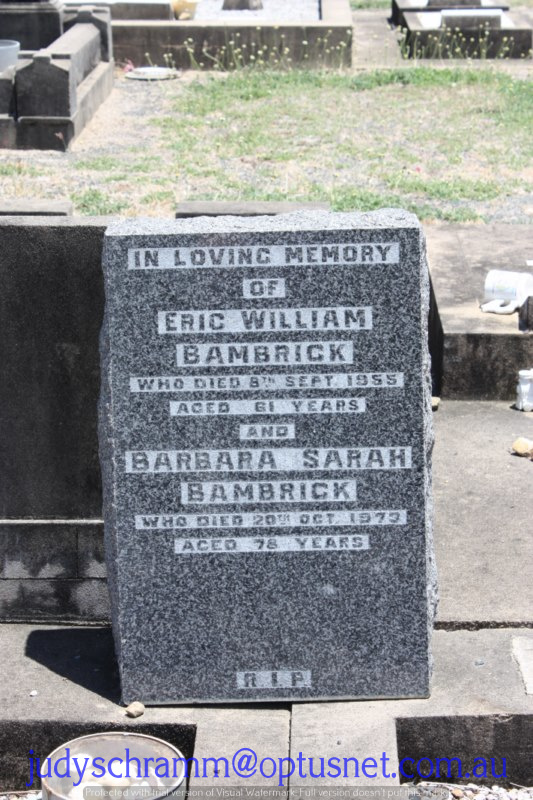