There Are No Official Channels for Whistle Blowers.

I'm not a whistle blower, and I never intend to become one. But I want to state something very obvious about the nature of whistle blowing.

This is a whistle. 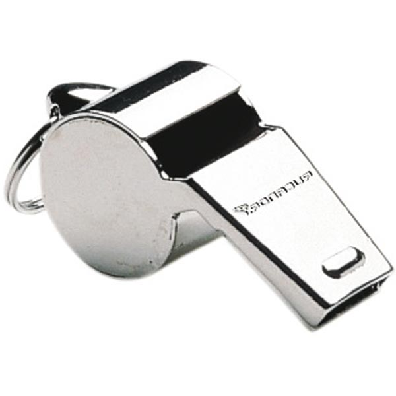 When you blow into it, sound is blasted in every direction. It isn't directed through a "channel". It gets the attention of everyone nearby. The public take notice. Immediately. Their better natures are given a chance to assist with the problem. Whistle blowing is only effective because it is a public act.

Anytime someone blows the whistle on a corrupt organizational unit, many seemingly intelligent people shake their heads and wonder why the official channels for whistleblowing were not used, as if such a thing is possible. Whistles are not blown into "channels".

You blow a whistle so that people, ordinary people, people who exist far outside of the cultural bubble in which the corruption has flourished, can be made aware of what is occurring and can intervene, immediately.