As someone who struggles to speak up, I remember when I first learned about "assertiveness"

This was a revelation.

I tended to be passive, and I feared that speaking up would be too aggressive. In my mind, there was passive on one side, aggressive on the other, and very little in between.

Someone pointed out to me that there's this big middle-area called assertiveness.

Fantastic stuff! State what you need in a clear manner, and you have a good chance of landing solidly in the middle, no harm done; everybody wins.

So thereafter I worked on employing this 'assertive' business rather than shying away entirely, or being over-rude and landing in aggressive territory. Of course, I failed a lot of times, but that's a separate story. There are books that can assist in helping you achieve this. The most famous is "How to Win Friends and Influence People" which is a very good book.

But there's a catch!

As simple as it sounds, there's a big nasty problem with the advice to "be assertive".

The size of this "middle ground" is bigger or smaller depending on how lenient the audience is with you. For example, I've witnessed that this middle ground can be razor-thin for women in the software industry. There's almost no room between being "too timid" and being labeled "pushy", "bossy" and other words that are reserved for female aggression. Sometimes the middle ground is even "negative" in size: some audience members will complain that she's bossy at the same time as others are complaining she should've spoken up louder or sooner.

So what I'm saying to my readers, who are historically mostly male, is that if you find yourself deciding someone is not in that middle ground, give it another think and see if you can widen that middle ground. Allow the speaker the same (or more! why not more?) privilege than you readily grant to other people, such as me, when I'm speaking to you. 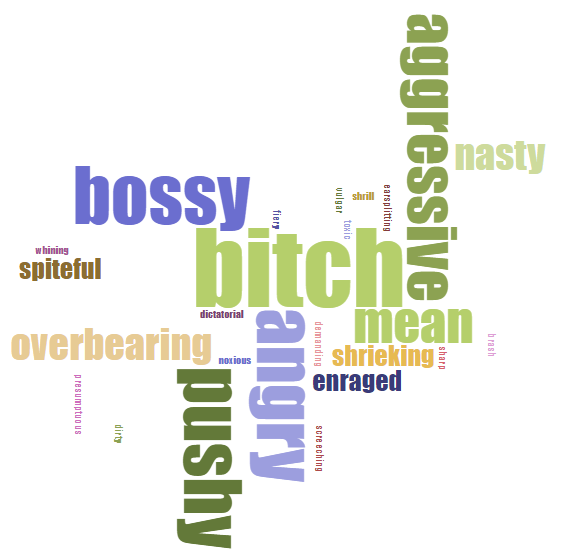