I've worked out a proper grand unified theory of story telling, and it's much simpler than all the old theories.

The Search for the Grand Unified Theory of Story Telling

There's a plot, and there's a story. The plot is just what happens: they do this then they do that. The action is in the plot. But the story, the real story is outside of the plot: it's about the changes to the character, it's about the struggle and the feelings and the emotions."

And other people analyze stories and say things like:

There are only three (no five! no seven! no two!) stories ever told:

All stories are the same. A man falls in a hole. If he climbs out of the hole: it's a comedy. If he dies in the hole, it's a tragedy."

Some people say a story must have a message, and others disagree.

I think a story's purpose is to entertain, and it does this by creating suspense. 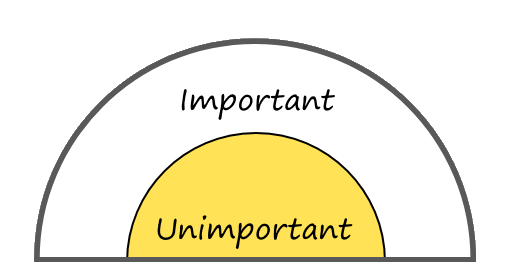 Stories work by setting up two quests, an important quest and an unimportant quest. A quest, or question, creates suspense in the mind of the viewer.

But: 90% of the story is about the unimportant quest.

Here's an example, Wreck it Ralph.

We work out immediately that Ralph is a loser. So we establish the important quest: can Ralph stop being a loser? (We also see that there is a specific setting... this must be showcased in the opening moments)

Soon after, Ralph establishes that his quest is to get a medal. This is the unimportant quest.

90% of the action will now be dedicated to the unimportant quest. It's all a ruse. It's all a magician's trick to distract from the real quest: stop being a loser Ralph! Along the way he forms a tenuous friendship: showing some progress on the important quest.

In order to fulfill the unimportant quest of getting a medal, he betrays his only friend. Now he's further than ever from fulfilling the important quest. Even though he got his stupid, unimportant medal.

This causes a crisis! He suddenly knows what's really important, and in real terms, the crisis leads to the possible destruction of everyone's world.

Once he knows what's really important, the story must race to its conclusion quickly.

There's some action as he races to simultaneously resolve the crisis (effectively: save the world) and to stop being a loser. Will he make it?

Crisis averted! He makes a bunch of friends, fulfilling the important quest, and now the story is over.

The "unimportant" quest is often a matter of life of death, so perhaps "unimportant" is not the right way to portray it. How about, "distracting". It's the distracting quest, that prevents them from immediately addressing the more fundamental pre-existing quest.

Someone has a huge problem they're unaware of. They are distracted by an obvious problem. The obvious problem leads to more and more sub problems. And then one of two things happens:

In most stories, our character can turn any lesser bad guy into a good guy by appealing to the important quest. Luke can turn Darth Vader into a good guy with just a few words. Rapunzel can convert a bar-room full of rough necks into her friends by explaining her dream. Elwood Blues can get down on his knees, take off his glasses, and have his avenging ex girlfriend put down her machine gun and melt into his arms. It's almost as if these characters know that there is a bigger picture than the battle they are currently engaged in (or at least their writer knows it)