There are several games you can play on your AMSTRAD CPC (emulator) that have the title "Barbarian."

But only one of these games is the brilliant game to end all games, the correct and wonderful "BARBARIAN" from my childhood. 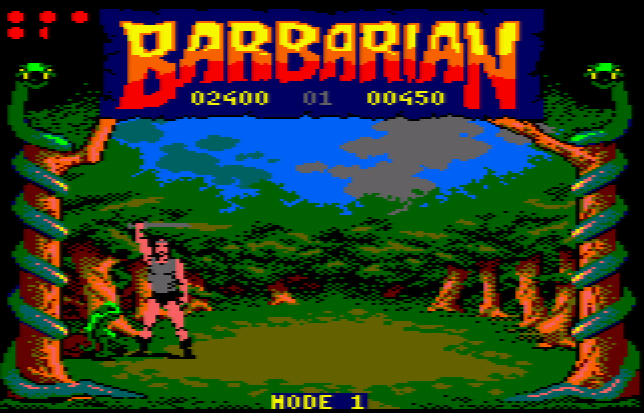 The "correct" version is likely to be found in a .dsk file called:

And has an intro menu in French.

To run one of those files you tell the emulator (WinAPE) to load the disk into A: by selecting File | Drive A: | Insert Disc Image or by pressing Ctrl F1

Once the disc is inserted, type the command CAT to inspect the content of the drive.

By convention there is a often a file called disc (with a .bin or .bas extension) and this is the way to start your game, by running the disc file, with the command:

In the case of Barbarian, the "disc" file is a Basic program, and it produces an error when I run it. 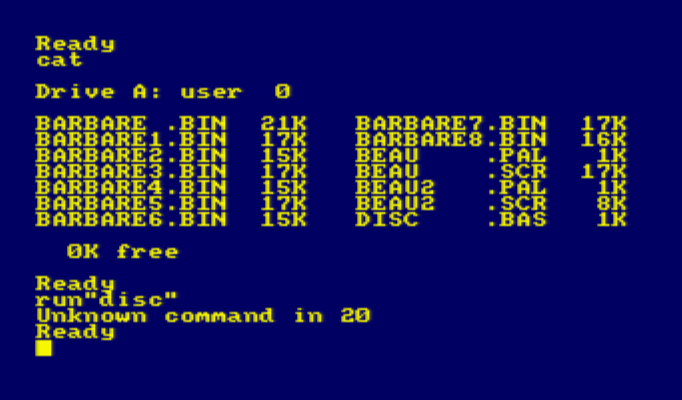 To get around this I:

I load the program with

I inspect the loaded program with the command List 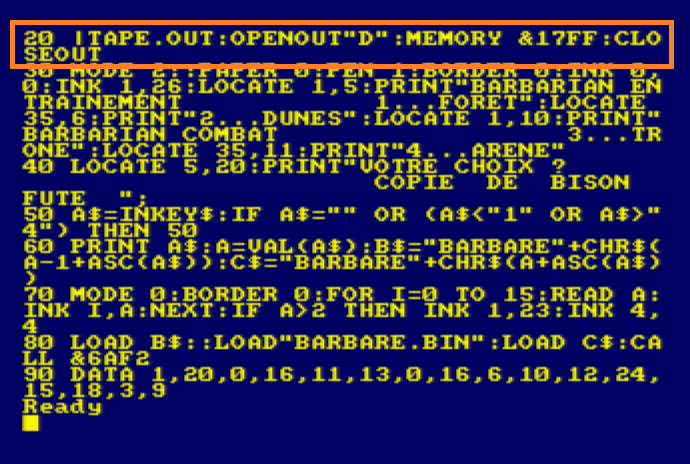 Line 20 consists of a few commands, separated with colons.

Thus, I edit the line labelled as 20 via this command:

And I use my cursor keys and backspace to remove this bit:

A menu appears in French (this menu is generated by the program we were just inspecting).

The game soon launches into Demo mode. Perfect for selling the game on the shop floor in Chandlers. I can watch the demo for extended periods of time.

Press "Enter" to change mode, until you reach "Mode 1". Then press "Space" to confirm your selection.

And the battles begins...

Assuming you are facing right → 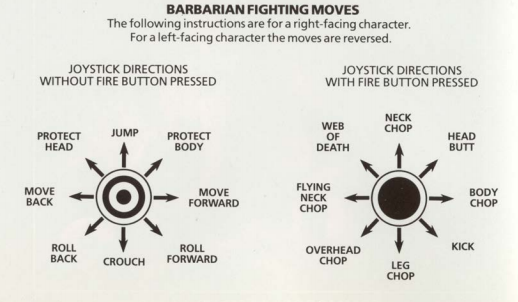